Five Discovery Trends to Watch in 2016

Five Discovery Trends to Watch in 2016 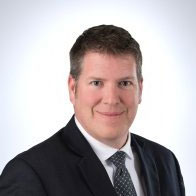 The most recent attempt to reduce scope and cost of discovery is reflected in the amended Federal Rules of Civil Procedure that became effective December 1, 2015. While the new amendments meaningfully focus on reducing costs associated with high volumes of data, there are other emerging concerns which continue to push the boundaries of reasonableness, costs, and risk that companies need to be aware of.

"There are other emerging concerns which continue to push the boundaries of reasonableness, costs, and risk that companies need to be aware of "

In a recent conversation, I was asked if I could help to collect and analyze data from a person’s automobile. The idea was to see if data could live on a drive in the automobile that would track calls, location, and store incoming and outgoing text messages that are read audibly to the driver through the automobile. As you can see by this example, we are no longer living in a world where data is limited to word processing documents, spreadsheets, and PDFs – materials generally captured from the company network or laptop/ desktop.

Business communication has become more fluid. We rely more and more on instant messaging, texting, and chatting applications. We communicate via video and voice. We weave social media into our business communication. We utilize tablets and mobile phones, which create and store new and interesting data types. Data is now often stored in proprietary file formats, or databases that require special tools. Data may also be in a format that does not lend itself to automated review and processing (e.g. voicemail). Even still, some vendors (Apple, for example) will use encrypted data partitions to limit access to locations where traditional data formats are stored.

To address these challenges, policy, procedure, software tools and management methods must be developed and constantly revised to handle the new forms of potentially responsive data.

Mobile devices are also a great example of devices that are seeing less and less data stored on the actual device, and more data stored “in the cloud”. Sites like Google Drive, Dropbox, and Box.com allow consumers and business people the ease and confidence of knowing that data can be accessed, anywhere, anytime, on any device. However, this presents challenges when faced with identify and collecting this data for litigation. Questions such as “who has access to the account where the data is stored?”, “is the data personal or business related?”, and “do we know all the places where people could have stored relevant data?” become harder to answer when data is no longer stored on a central server in an employee’s local office or at headquarters.

3. Backing Up Data to the Cloud

Less localized data and increased use of cloud storage sites also present issues related to remediation and disposal of data both in litigation and in basic employment related matters. It can be very frustrating and potentially damaging for a business if data for exiting employees is wiped from a device only to have been backed up to iCloud or Dropbox. That data, when wiped from the device, will often still remain on the cloud site, which an individual can then access from another device. Additionally, these sites can pose a risk when certifying that a remediation of data has occurred.

Take the example of a company who had an ex-employee that was using contact information and other documents compiled and generated while employed at said company, while under the employ of a direct competitor. An agreement was reached to remediate information from the devices that the ex-employee was using as part of his employment at the new company. However, unbeknownst to the ex-employer, data from the devices was being backed up to iCloud. The issue was only discovered because of a quality check done by the vendor prior to certification of the remediation process.

4. Bring Your Own Device

Beginning in 2008, during the start of the global economic crisis, many companies made the decision to move away from the traditional corporate issued laptops and mobile devices. In their place, companies began to allow individuals to bring their own devices to the workplace. These devices would either be company subsidized, or purchased by the individual. The decision of what device should be used was left to the employee. In some cases, companies adapted corporate policies to address the right of the company to audit or collect the devices during litigation or at the end of employment. However, in most cases, employees were “left to their own devices”…pun intended.

In the case of those employers who did not adapt policies, when faced with litigation, the question of whether the devices of their employees were subject to collection and production as part of discovery became harder to answer. In many jurisdictions, the lack of corporate polices favored the employee. However, in other cases, the employer was found to have a legitimate right to collect data from the devices.

As technology and business continue to develop under the ever changing landscape of employee mobility and cost savings, the need to consider strong corporate policies is paramount.

In the past few years, many buzzwords and catch phrases have been coined or have engrained themselves into the corporate lexicon. TAR and predictive coding are often used interchangeably, however they are not one in the same. Predictive coding as defined by the law firm Skadden, Arps, Slate, Meagher & Flom LLPas” the use of a software program to identify documents that are relevant to a particular case or issue.” There are other technologies and methods that can be implemented as part of TAR beyond predictive coding. TAR could include such trivial tasks as keyword searching, de-duplication of data, and file type analysis in addition to predictive coding.

A January 12, 2015 article on Above the Law (www. abovethelaw.com) by Rachael Anna of the law firm Nexsen Pruet, PPLC cited the 2012 merger of Anheuser-Busch InBev NV and Grupo Modelo SAB merger.

“According to a Wall Street Journal article, the DOJ approved the parties’ Utilization of predictive coding to conduct the review of over a million documents. The parties estimated that they saved fifty percent by using predictive coding, over traditional manual review.”

“It is estimated that seventy cents of every dollar spent during discovery is for the expense of manually reviewing potentially relevant information. But, predictive coding may decrease those costs by as much seventy-five percent.”

The depth and breadth of TAR and predictive coding is beyond the scope of this article, however much has been written and re-written about the topic. In light of the new amendments, highlighting the need for effective discovery, TAR should be a prime area of consideration in the coming years of litigation.

Many companies are wisely taking a very proactive step in getting their arms around the new amendments and the areas of emerging risk. The easiest way to do this is to conduct an extensive assessment of policies and procedures to ensure that everything is understood, accounted for, and managed properly. By understanding the use of data and how it may be responsive to potential discovery, companies can know their current-state, identify gaps, and create a roadmap to future-state.

LaSalle Solutions: At the Cutting Edge of Contract Management

Ariba: Looking Beyond Paper Based Invoicing

Unlocking the Value of Connected Cars

Comprehensible Distribution of Training and Information...

The Current Focus is On Comprehensive Solutions

Big Data Analytics and Its Impact on the Supply Chain

Carmax, the Automobile Business with IT at the Core

The CIO's role in rethinking the scope of EPM for...

Transformative Impact On The IT Landscape

Get Ready for an IT Renaissance: Brought to You by Big...

Technology to Leverage and Enable

Speed is the Name of the Game

The Journey to Swift Digital Transformation

Virtual Immersive Learning: The Next Frontier in Higher Education

Making the Case For Moving from Health IT to Health Analytics

Data as a Business

Ricardo Leite Raposo, Director of Data & Analytics at B3

However, if you would like to share the information in this article, you may use the link below: